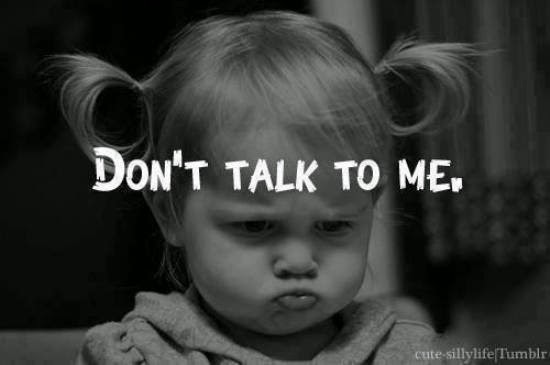 Ever have one of those moments in life where you just want to have the freedom to be pissed? I don't mean just down. I'm talking a legit, just in a bad, cranky, I'm gonna throw a temper tantrum, melt down like a mother mood? Well a friend and I were having this conversation because we both can have some annoyance (see: slam it into turbo bitch) moments where we just need to be mad. However, we found through this quite comical conversation that there is always that one altruistic person who enters with some feel good cliche that is a good nature attempt at trying to make someone feel better, but damn it if they don't just piss you off even more. Some examples for your reference:

"It just wasn't meant to be" - While this a nice thought, I want to know why the hell not?

"They really missed out on you" - Apparently, they are not reeling from this alleged loss. Had I been a great choice I would have won.

"It just wasn't in the plan" - There was a plan? Why did I not see the "plan" so I would have been able to plan accordingly.

"You'll be such a stronger person after this" - If I wanna be strong, I'll increase my weights. Kay..thanks.

"You just have to be knocked down a few times." - Who thinks that saying this will help anyone?! I mean really, that is the best you've got?


I definitely think that sometimes a supporter just needs to be present. Silence is sometimes the best remedy to fix a piss poor mood and it is just nice to have someone be present, but not throwing an opinion or advice; they are just there to be supportive. Are you a vocal supporter or a silent rock for people? Have you ever thought about it?

I'm linking up with these ladies: