I purposefully named this post something I completely despise. More on that later... 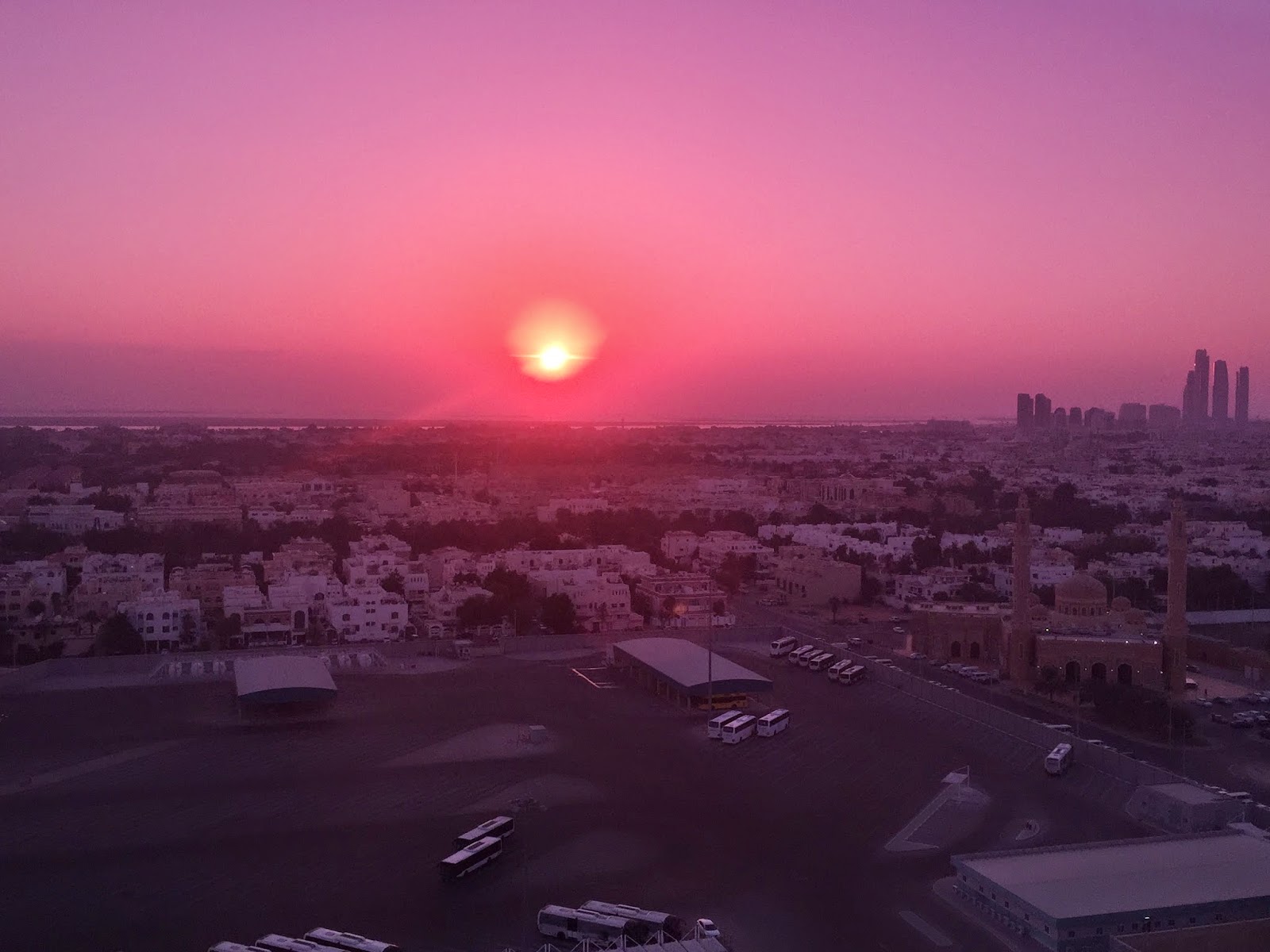 As I sit here on this Sunday afternoon listening to the call to prayer, I am reminded that I am so extremely fortunate to be experiencing this part of the world that many only experience through the travel channel or national geographic. I have received many messages expressing concern over my being here and that I definitely thinks should be address by someone who actually lives here.

A little over a week ago an American teacher was randomly attacked by a local woman and killed in the bathroom of a public restroom. To say that it shook the emirate of Abu Dhabi is an understatement. Aside from the fact that a human being was randomly targeted and killed is what should have shaken me, no matter what the nationality. What was more frightening for me was my reaction to this news. It didn't phase me. It didn't really bother me or shake me into fear where I didn't want to go to a mall alone or to the local convenience stores. People in American die all the time; they are killed by someone over a lovers quarrel, gunned down in their homes, stabbed in bar fights, or even randomly attacked. Being this de-sensitized to such a horrendous act, when you really analyze the depth of what happened, is quite disturbing.

I was almost ashamed to admit that this was how I felt. However, this is the the world that I grew up in. Not saying that I came from the streets or I lived a rough upbringing, no. Yet I have witness this news story I can't even count how many times. Now I am living in a world where the locals apologized to the expats here for the behavior of one of their own. They are ashamed and embarrassed that their country now has a smudge on its otherwise welcoming and warm nature. This was an act that I never witnessed in America. There is no apology. There is no remorse. Are Americans that removed and de-sensitized to such acts? What was more striking about this was the apprehension of the suspect which was all video-taped. The arrest of this woman was caught on camera and unlike in America were suspected criminals are permitted to hide their face and save whatever dignity that they may have left, here that is not something that if afforded to criminals. They showed her face on T.V., they showed her home, and they were extremely forthcoming with any information that they could provide the public. For that, I applaud the police force here in Abu Dhabi because within 36 hours of the crime, the suspect was in custody. That beats the first 48 for sure. I could go for a few episodes of that now that I mention it. I digress.

My main reason for this post was to inform everyone that while yes, an instance of a horrific crime occurring is terribly sad, I do not plan to come home early. I also want people to know that I do feel safe here. I have never felt safe in the U.S. like I do here. The Arab culture is one that is mesmerizing; I want to know everything about it because it is so intriguing. I know that I still have plenty to learn and I am sure that my feelings could and may change. I really think that before rash decisions or judgements are made by people, you should really ensure that you have the experiences of more than one to make a sound judgement.

I have witnessed many things that I believe the U.S. could benefit from, for example the video taping and public broadcast of apprehension of suspected criminals. Maybe if people understood the severity of the consequences of their actions they would knock off the BS that they pull. I also believe that the U.S. needs to stop coddling people who do wrong. Some Americans have become to entitled to what they perceived as deserved that they are ruining themselves. I see Americans here in Abu Dhabi, dressed in shorts with their butts hanging out. Um, eww. While I am not muslim, nor a huge conservative, it is a sign of respect {even to yourself} to at the very least dress appropriately {plus it makes me not think in my head "Damn she doesn't love herself, she looks trashy"}. It makes me look bad as an American when I have ol' girl in her hootchie shorts standing next to me in line at the mall. Don't you know, I move away from them as I don't want to fall into that category with her because we share the same nationality. While I know some will call it conforming, which to a degree it is, I like to think about it as being respectful. You don't curse at your grandma's house, but you do at your friends house. Again, its about showing respect. Don't even get me started on this 'Merica business. When is it going to die? Just crawl into a hole somewhere and don't come back out. Ever. I absolutely hate that. I think it is one of the most disrespectful, uneducated bandwagons that people have jumped on. Since when did sounding dumb or uneducated become cool? I was told this was the "redneck" way of saying it because apparently that makes it so much better. #NO

So now that this train has completely derailed I will ...nope, never mind this train has jumped the track and there is really no way to tie this all together. Bottom line, I am safe and I am loving Abu Dhabi. Police forces back home, start videoing take downs of the big perps and broadcast it. Make sure we can all see their ugly mug, it is great T.V. and makes me want to hug the police for doing a bang up job. Lastly, American girls that visit Abu Dhabi - bring some capris. That is all.