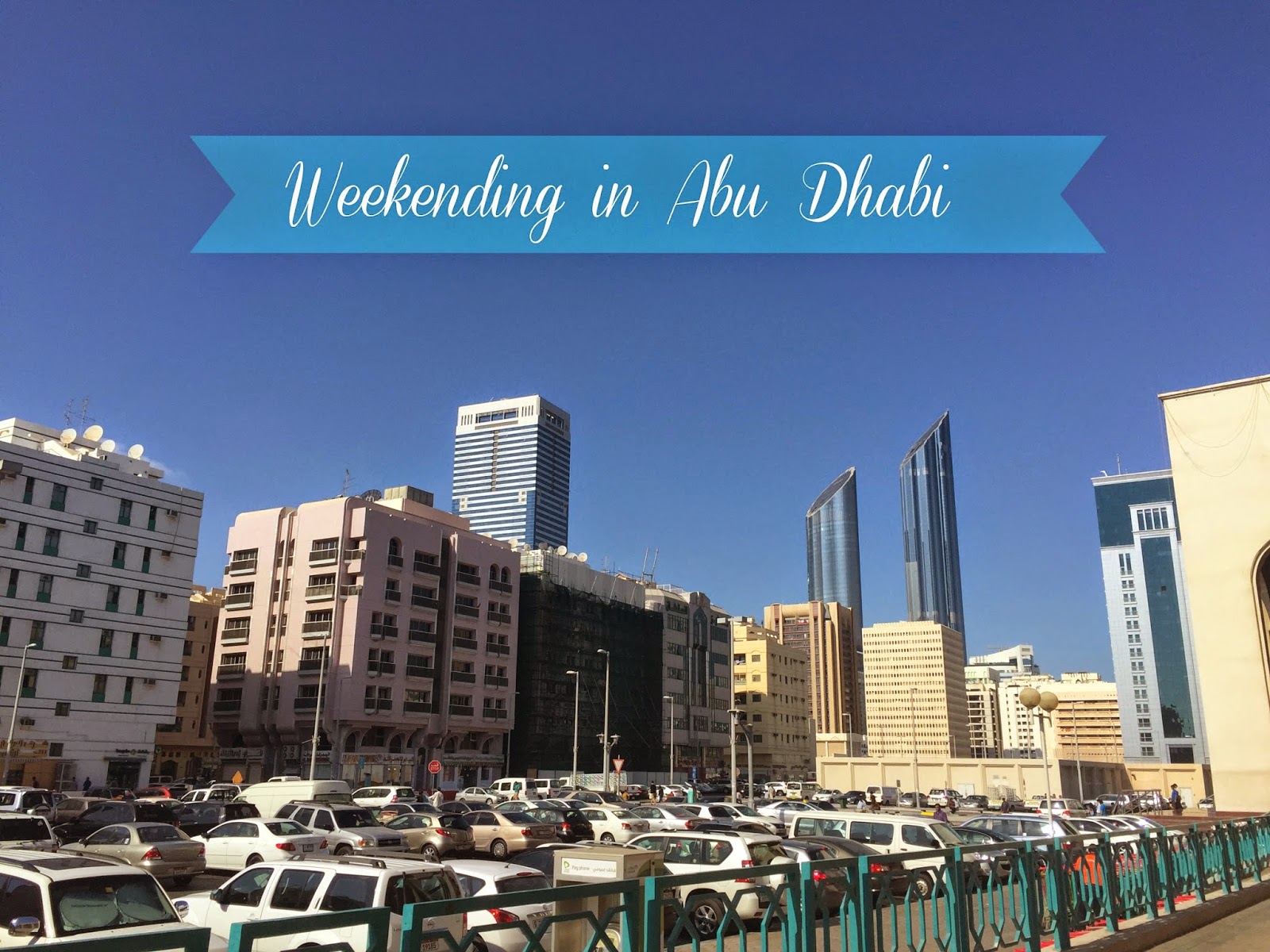 It is always a bit difficult to remember to do any weekending link ups since my new weekend is Friday/Saturday. By Monday I forget and I am in on day two of my week and yadda yadda. However, this weekend was pretty decent so I may as well share.

Friday I decided that I needed to get busy with shopping for some furniture. I hit up the Gold Souk aka Madinat Zayed Mall. For your reference, the mall looks nothing on the inside as the pictures depict. It is more of a flea market type place, only the stores are actual stores and not booths like a traditional flea market.  However it does offer this "spiral escalator". 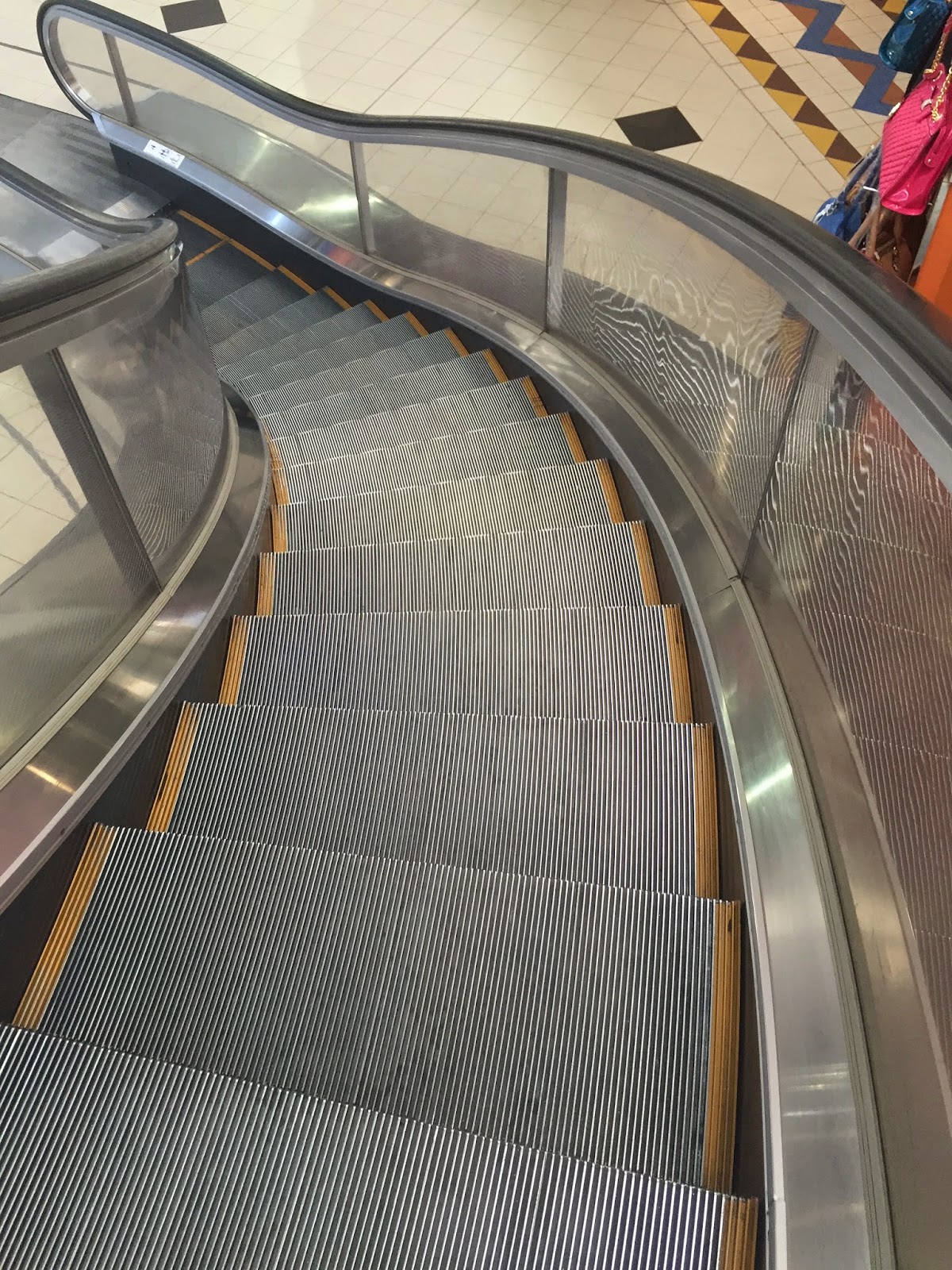 It is a little overwhelming as per usual Abu Dhabi, it is a large place. However, I wandered around the mostly Abaya stores (I have to get some more made) but I was on the hunt for furniture. I knew that I would be getting the keys to my new apartment on Sunday so I wanted to have an idea of how much I would be looking at. It is quite expensive when you have to furnish a home from scratch. I want a gray couch. I don't know why really other than I want to do the accent colors of teal, turquoise, and purple. So I guess it just fits.

So this gray couch has turned into a wild goose chase. I have found some that I really like, but they are not quite "it". I want separate couches, my hubby really wants a sectional which I am not opposed to so that doesn't keep me to just one type but the perfect gray couch continues to alluded me.  However, here are some that caught my eye:

I don't know exactly why this set has caught my eye.. but it is that chic, unique look that I am loving. This is my absolute favorite - only the couches and I do like the curtains but that is a whole other bear to be tackled at a later date. 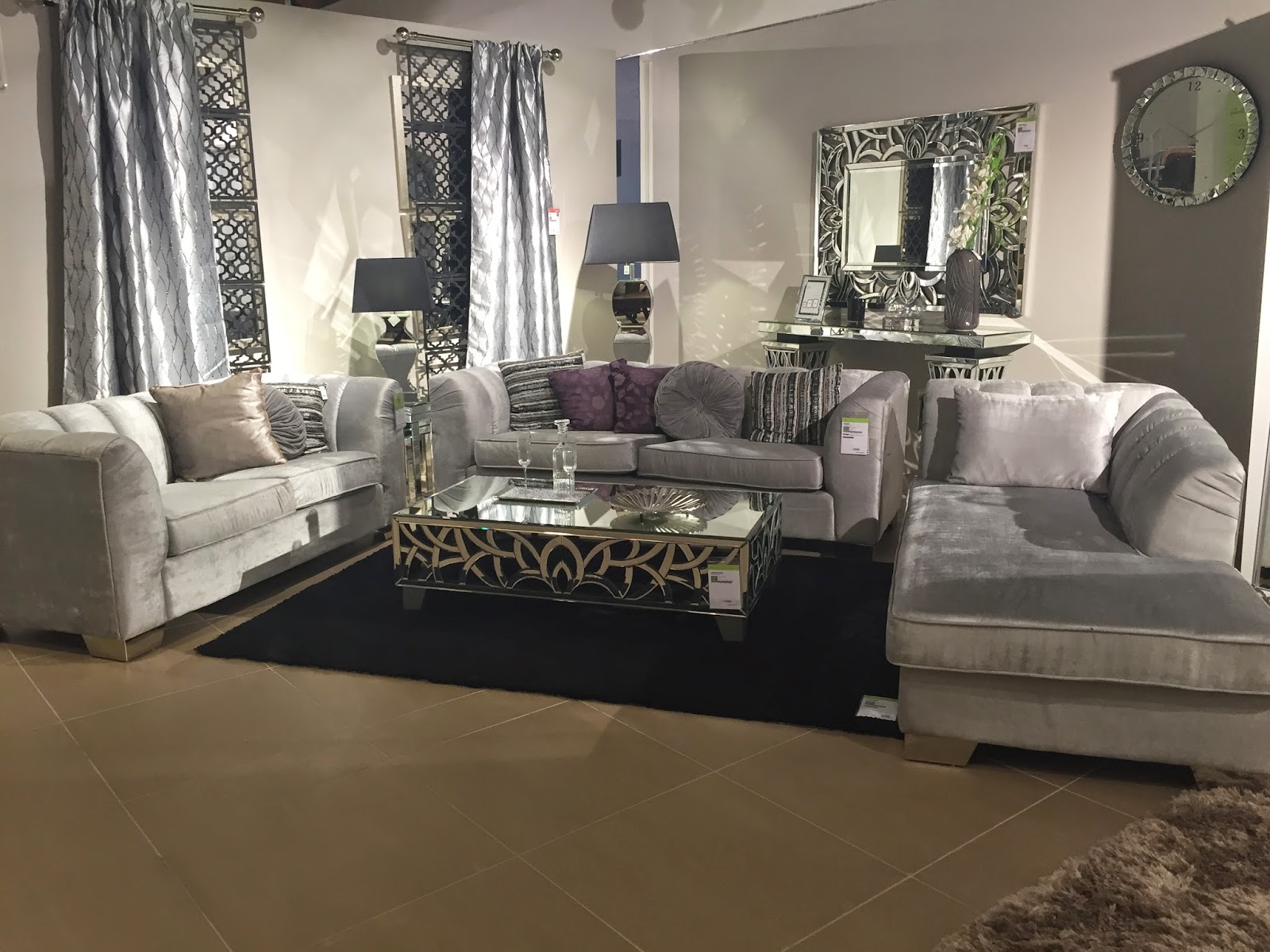 This is the original couch I was going to purchase from IKEA sans owl pillow. I love owls, don't get me wrong. These owl look like they are hungry and will eat your eye as your sleeping.  This couch may still make it into the apartment and get shuffled to the upstairs living room once I decide on a nice set. Not that this isn't nice but for the space we have it will get swallowed up. 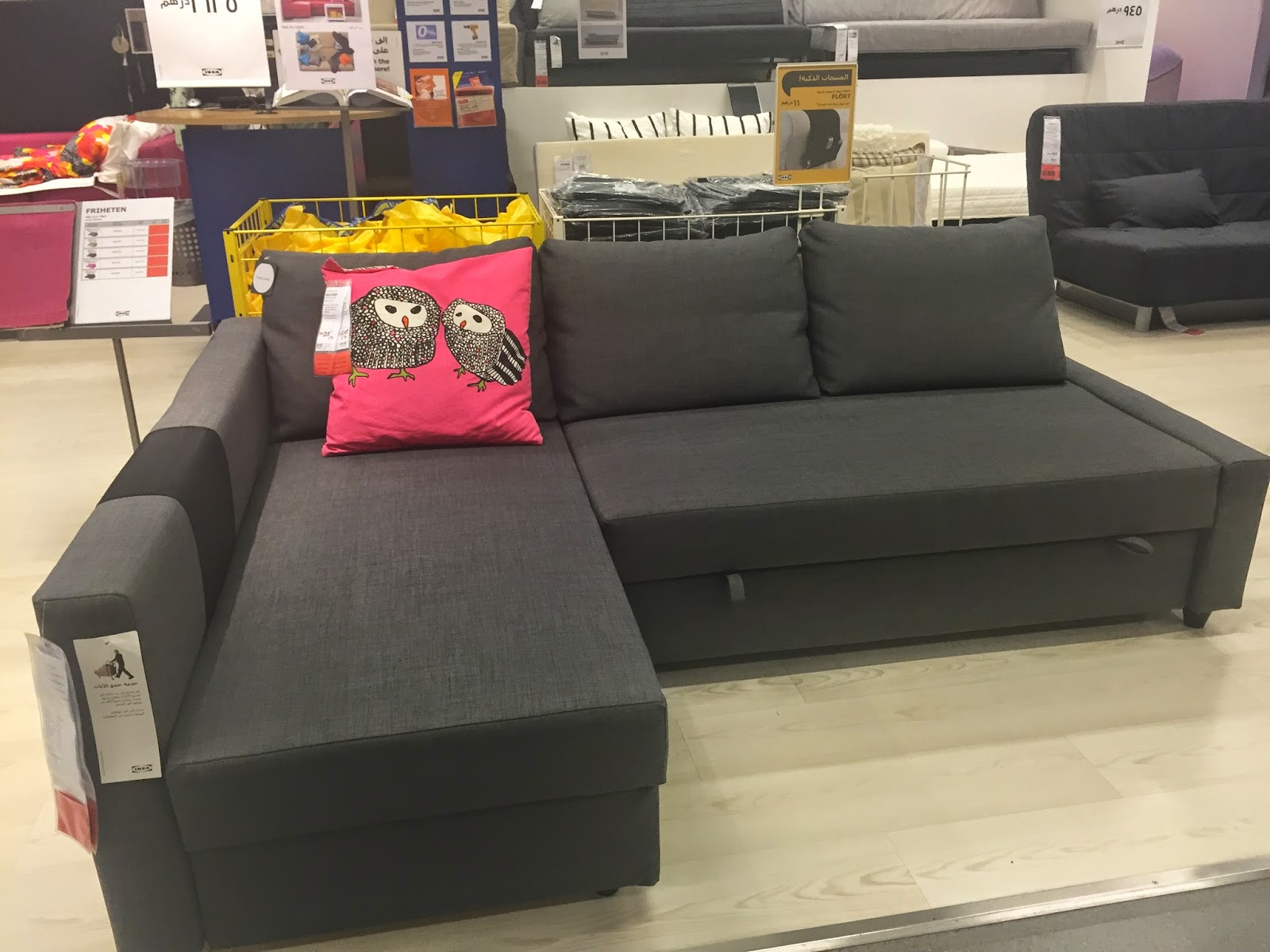 How funny. I didn't notice but I guess this couch and the IKEA one are fraternal twinsies. 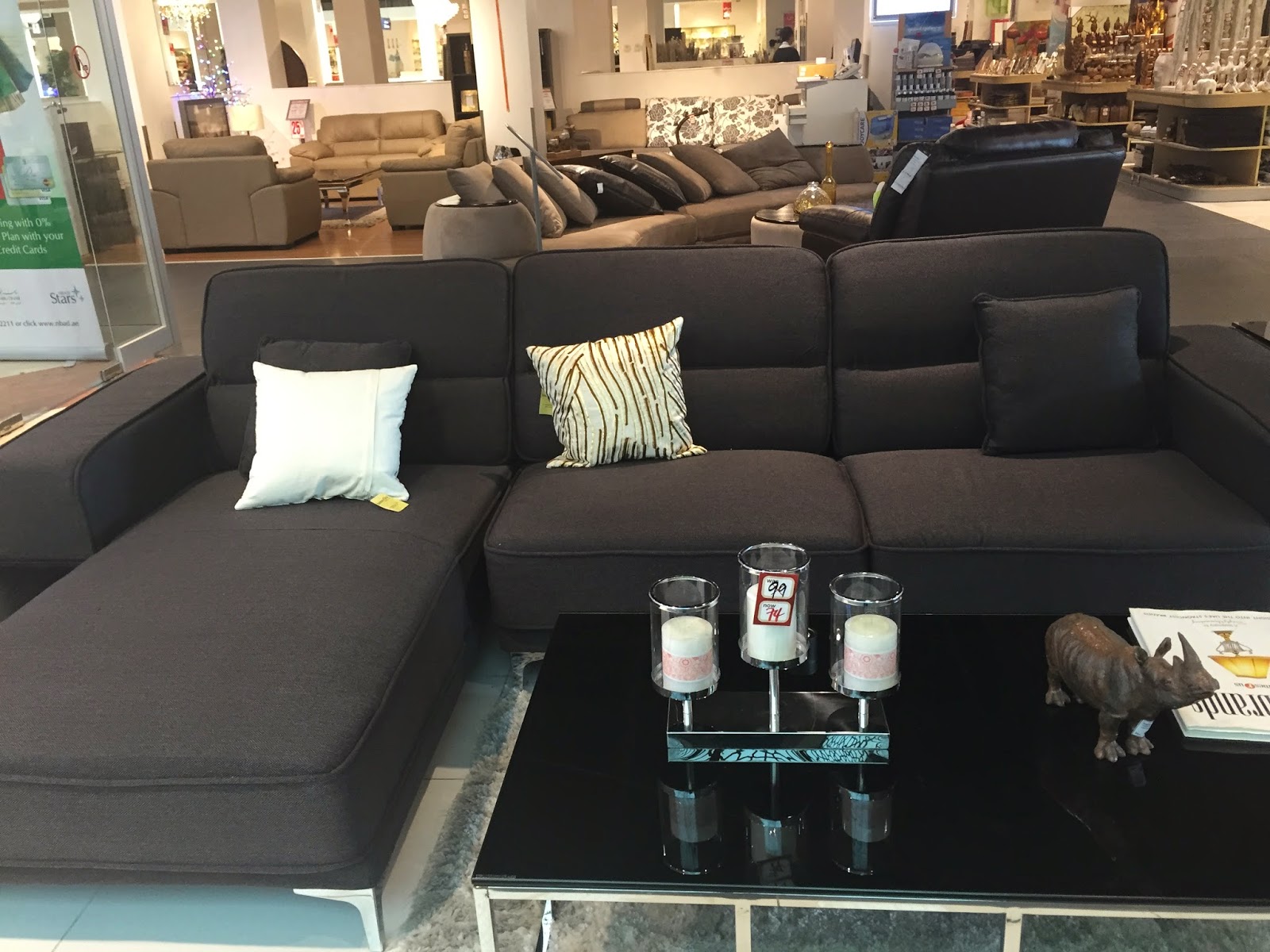 This sofa is the one that my husband really likes. It is really nice, and almost gray but is a dark brown. I was convinced that it looked gray until I uploaded this picture and I am seeing it on my computer screen rather than on my iPhone screen. Boo. I like the style of this but I.Want.Gray. Damnit. 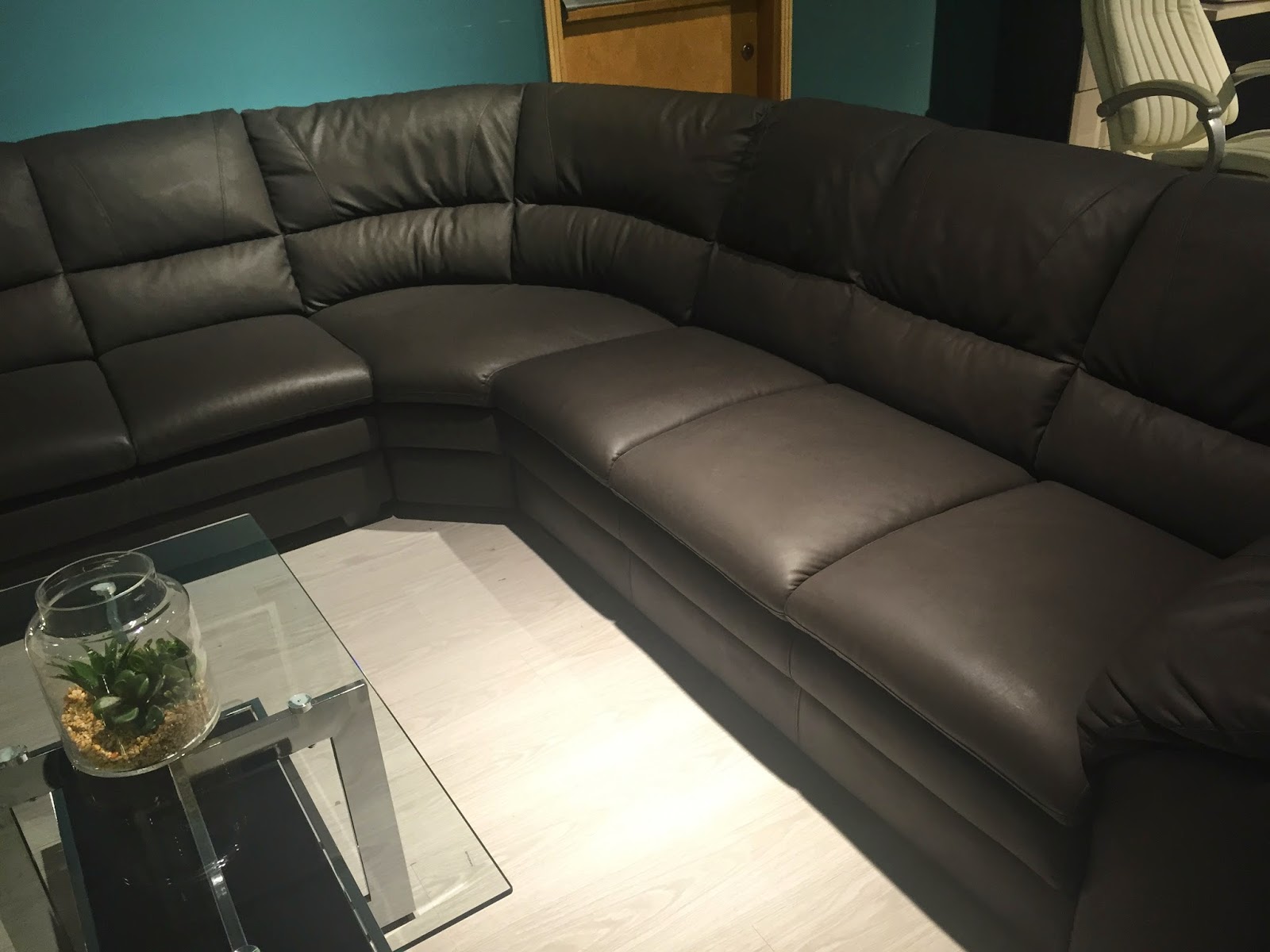 I also scouted out beds, tables, chairs, and other miscellaneous household items before I threw in the towel. These are only a few of the pictures from probably 60 or so and several hours. There are just too many options. My husband is the decorator - I am the buyer. Not because I have the money but I have the haggling abilities and have absolutely no shame in asking for discounts, free delivery, and I don't do 8 hour delivery time frame windows. So as you can - I am missing an integral piece.

Saturday I went to the unbelievable breakfast buffet here in the hotel {that is dripping in sarcasm} and had some toast. It has been a running joke with my sister about the off the wall offerings here at the hotel on the breakfast buffet. As a friend said, it is like a T.G.I. Friday's exploded. They have toast, some juices, fruit, penne pasta, chicken wings, onion rings, egg rolls, scrambled eggs, pizza, apple pie, olives, pickles, hummus amongst many other random things. Truly bizarre. While at breakfast with another guy from my group he told me that he had English channels on his T.V. - say what?! I had not found any so I had given up and quit T.V. cold turkey. So when I got back to the room, I tried it out and hit a few buttons and by gosh I found movies. Only two channels, but I'd take it. I say on the couch, which turned into laying on the couch, which turned into napping on the couch. I woke up about 9:30pm had some M&M's and hot tea and went back to bed. I guess I needed the down day.

Sunday (my Monday) I went to ADEC first thing to pick up my contract as I was meeting the property manger at noon. I have to give props to the lady in housing (I won't use her name, she may not appreciate that) but she definitely runs a tight ship and was wonderful to me. I will be taking her some dates probably this week as a thank you. After picking that up, went right next store to the little coffee shop and had the best latte and breakfast I've had since being here in AD. 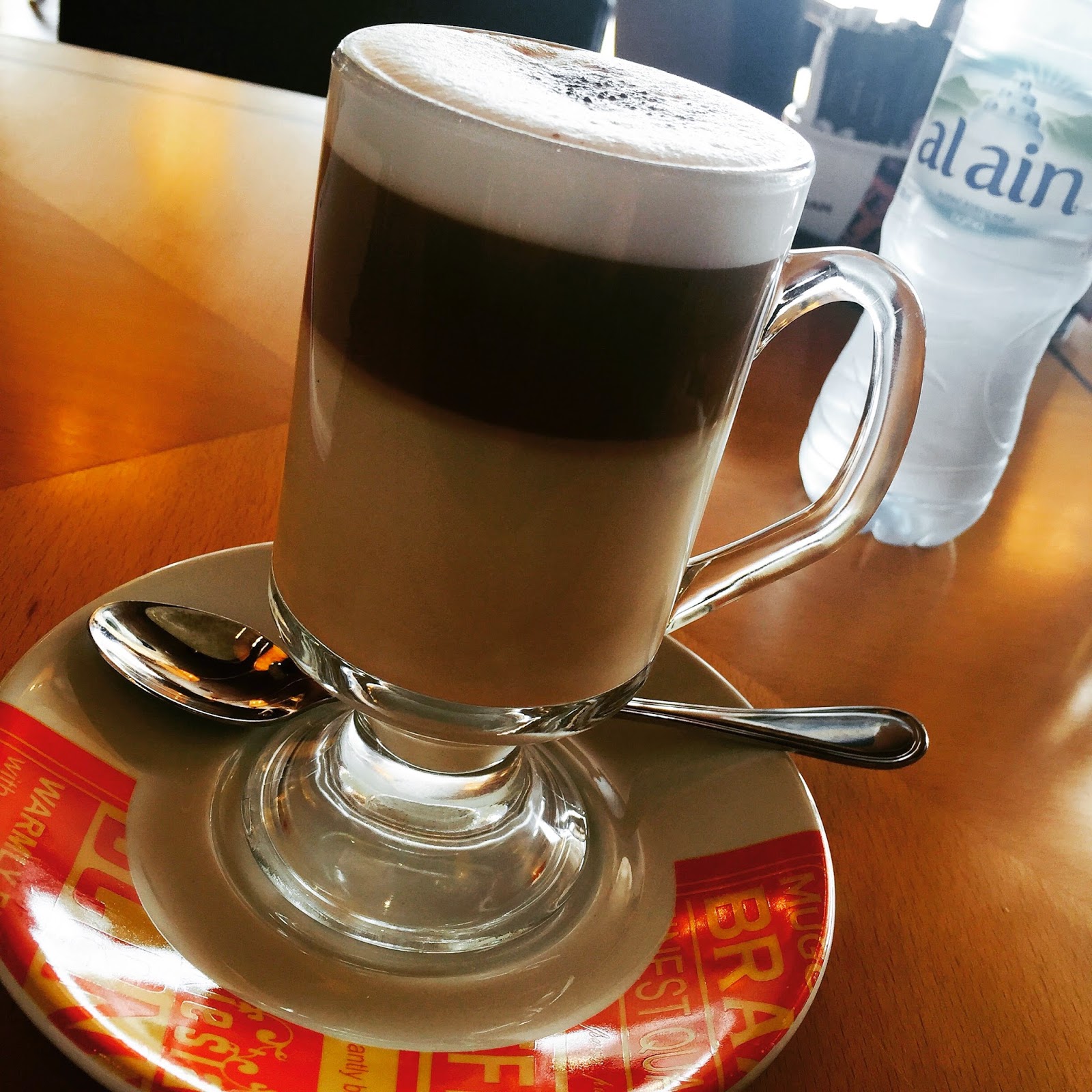 Met up with my property manager at noon and finally got my {multiple sets of} keys! 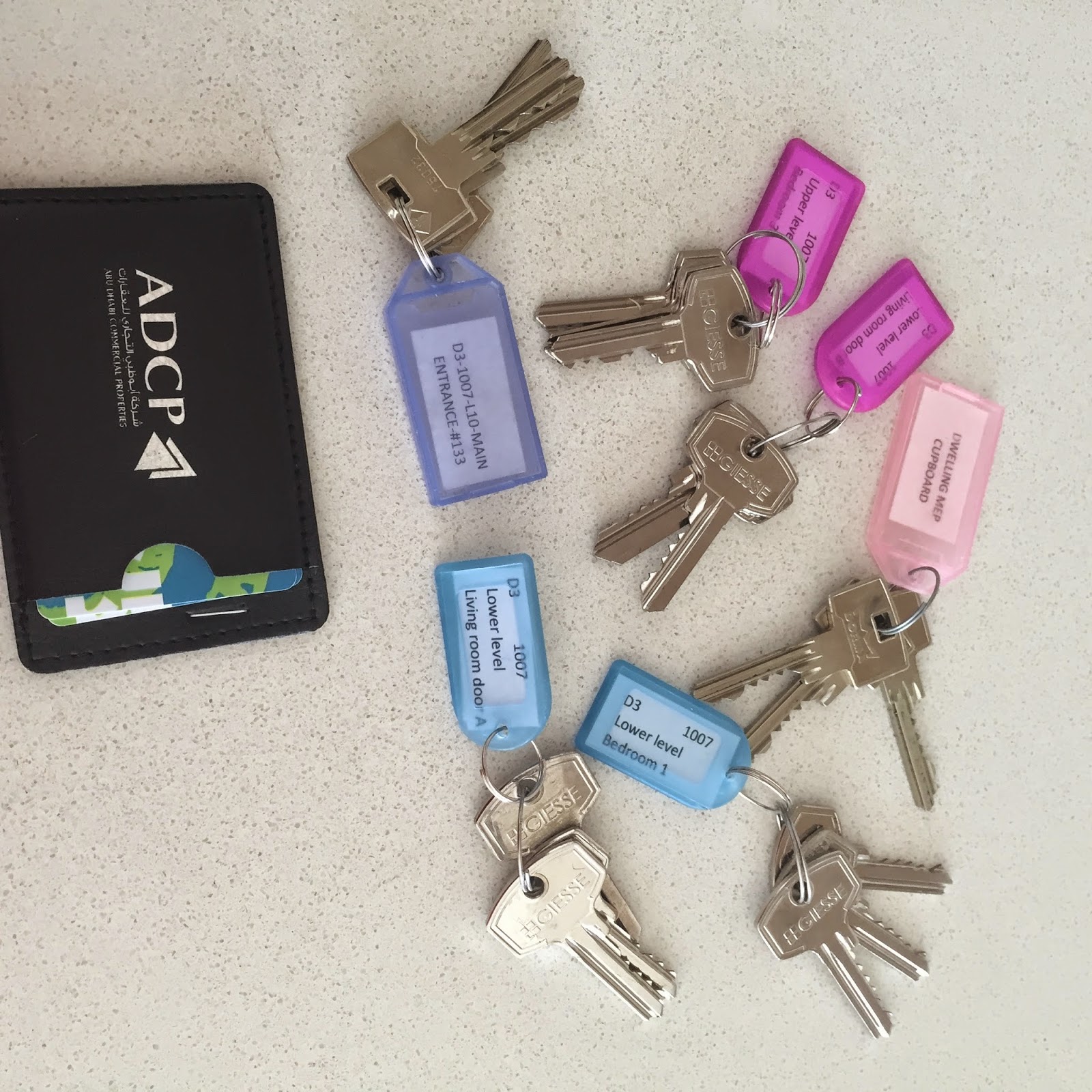 The view from my living room overlooking the Persian Gulf. 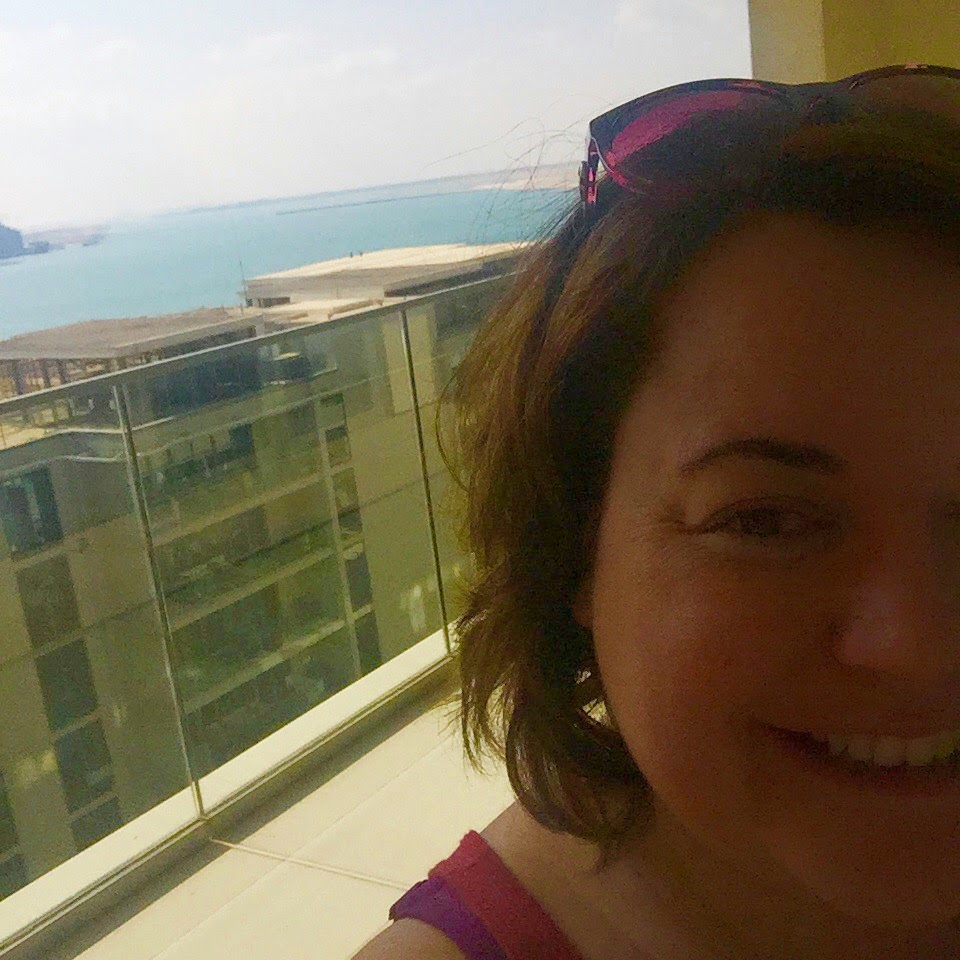 That, my friends, is how you end a great weekend!