Happy Sunday Funday to all my western folks, or as I like to call it Pre-Monday since it basically is my Monday. I am praying that the work gods take it easy on me this week because the last few weeks have been emotionally challenging and draining. I thought ending a school year was rough. Heck, I'll close a school every single week compared to opening. The movement of kids, the changing of schedules, gaining teachers, losing teachers. It is has just been a whirlwind of chaos that I feel like I have not gained my footing in.  I hope that I am wrong and things are going to begin to simmer rather than the rolling boil soon. Like last week soon. Granted, I have never opened a school here so the process is completely foreign anyways so that just adds to my confusion. I absolutely hate feeling useless at work. I believe that I am a fairly competent person and I can usually hit the ground running with work task. I feel like I've just hit the ground over and over and over again. But if it was easy, everyone would do it right?

I found this chart on my of my many Instagram brain breaks and I thought it summed my last few weeks up so perfectly that I am planning on printing and framing it.  If I was a Kindergartner I would be sitting in timeout rather than playing during recess because I would have been on orange or red the last few weeks. 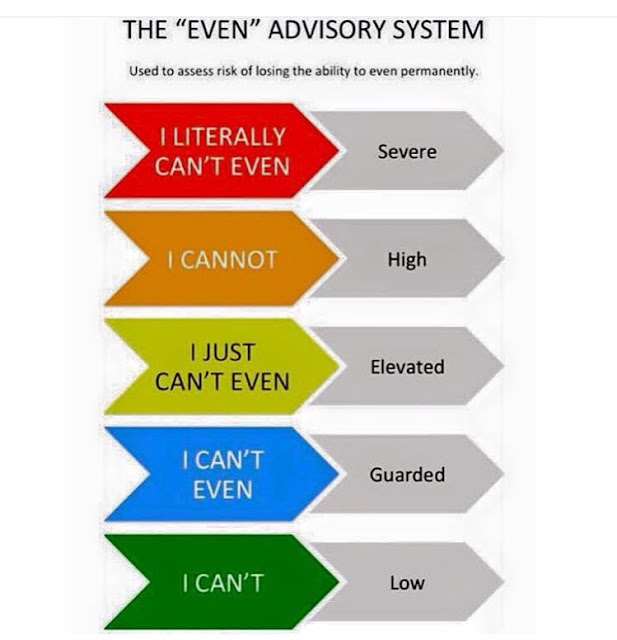 I'll admit it, I haven't been super pleasant at work or probably at home. Sorry for what I said as I changed the schedule for the 13th time in 5 weeks. I promise I'll try harder at happy.