It has been a while but it feels good to be back! Do you ever have those times when you want to write and blog? You really have a drive and determination to stay up with it, produce some good content and it is fulfilling in a way? Well I hit a major wall around May and I struggled to get through it I honestly felt like I was writing 'mucho blah blah blah' as my husband says and there was a lack of substance. So I decided to step back and let it be for a while until I was really compelled to write or at least share daily or weekly happenings. It has been a few days and I have wanted to get back at the computer to start up again but I waited. I have been thinking about all of the things that I want to document and share and post about so I decided it was a good time! It has been a busy summer that includes Paris (!!!!!!), a big ol' surprise visit home to see our friends and family, and the arrival of our puppies from the U.S. So now I actually feel like I have some things to share and write about that have some meaning. I am also looking at my last week of vacation before back to work (No!!!!!) but it is okay. I am still searching for someone to give Just Call Me Sparkles a big old make over but I have a few prospects so hopefully one of them will be my knight in shining HTML and I think that will be a big encouragement as well. I just need some new.  So what better way to get back at it than to participate in a little link up :)

1. I am looking forward to getting back to school. Say Whaaa????  I know, I know. It may or may not have something to do with the bag full of new school supplies that I am going to take with me ;-)

2. This ankle. For the love of all that is holy, this ankle. So back in May/June I really hurt it (again) and I finally went to the doctor to see if there was anything that could be done. I prayed for them to say no boot, and no surgery and they said neither of those! Hooray - or so I thought. You see I would rather have that than some BS physio therapy that was a complete joke. I mean it felt better and I thought that I was getting some range of motion back. I was almost able to walk correctly again, mind you that I finished PT in July before we left for Paris. However there is a persistent soreness/ache that just doesn't quit. Today walking I stepped down on it while walking Princeton and bam... we are back at square one. Over it doesn't even fully express the level of WTF that I am feeling. I need to find a new doctor.

3. Netflix.
I love you Netflix.
We just finished watching the entire series of Sons of Anarchy. Late but whatevs. SO GOOD! I never thought that I would be into the show but I now understand the times I would text friends that were highly into the show and they wouldn't answer. Totally get it now.

4. I'm going to write it and everyone in the UAE will say duh, but this heat! I mean, I have never, ever felt anything like it. You pray the breeze not to blow because it is so hot. The heat just envelopes you as soon as you leave the comfort of the antarctic that is known as our apartment. At a scorching 115-120 (with the wind and heat index even more!) there really is no reason to go outside unless there is an emergency or... no, there is not reason. I now understand why delivery is everything here. Everything. And worth every penny might I add.

5. I rekindled my love of make up while back home. I had a major make up obsession that I really tried to get in check when I left the U.S. but who the heck was I kidding? I went a wee bit nuts in Sephora and Ulta back home. We have Sephora don't get me wrong but it is just different back home. They have everything whereas many of the items that you see on Vloggers and Youtube channels are not here yet. #Annoying so I went ahead and stepped back into that obsession and I'll have that in one of my upcoming post.

6. SnapChat. I really feel like Snapchat has stepped up the game of so many bloggers & vloggers. I, for one, love that I can go on and keep up with my favorite bloggers on the day to day in a real way that isn't just a picture. I follow tons of people from Instagram and I have to say it is quickly becoming my #2 for social media. I mean I could NEVER betray my beloved Instagram which is holding steady at #1 but Facebook for me is slipping into that 3rd rank because all the political propaganda and experts on everything has me like ... 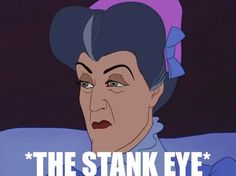 Make sure you go link up. 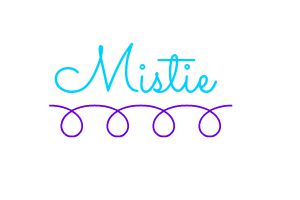