So here I am. A full two months have flown by and I have thought about typing it all out several times on the computer, yet I just could never seem to get the precious minutes to sit and just spill things. Moving away from home will shake you to your core if you have never taken this leap before and I will say that even for this 30-something that is so strikingly true. I have felt emotions I didn't even know existed. I have had the highest highs and surprisingly not so many lows. For that I am thankful. I don't like to pat myself on the back much but I think that my state of mind had a lot to do with that...and I have great friends. So now I am at the cross roads where I have to make the choice of do I try to summarize the past two months or do I just say - it was okay and move forward?

Yep, not skipping it. It is bad enough I failed to blog about it, but wait for it... I didn't even write in my planner the month of February. Not.one.day. The horror. So we can hit the highlights...shall we?

So I spent NYE 2015 in the desert amidst the sand dunes and people from the U.A.E., Syria, America, South Africa, and multiple other places. I wrote a camel, had henna done on my hands, and I stayed in my new home for the first time on NYE night. The picture is definitely blurry but it serves as enough photo evidence that I have in fact ridden a camel. Check that off the bucket list. 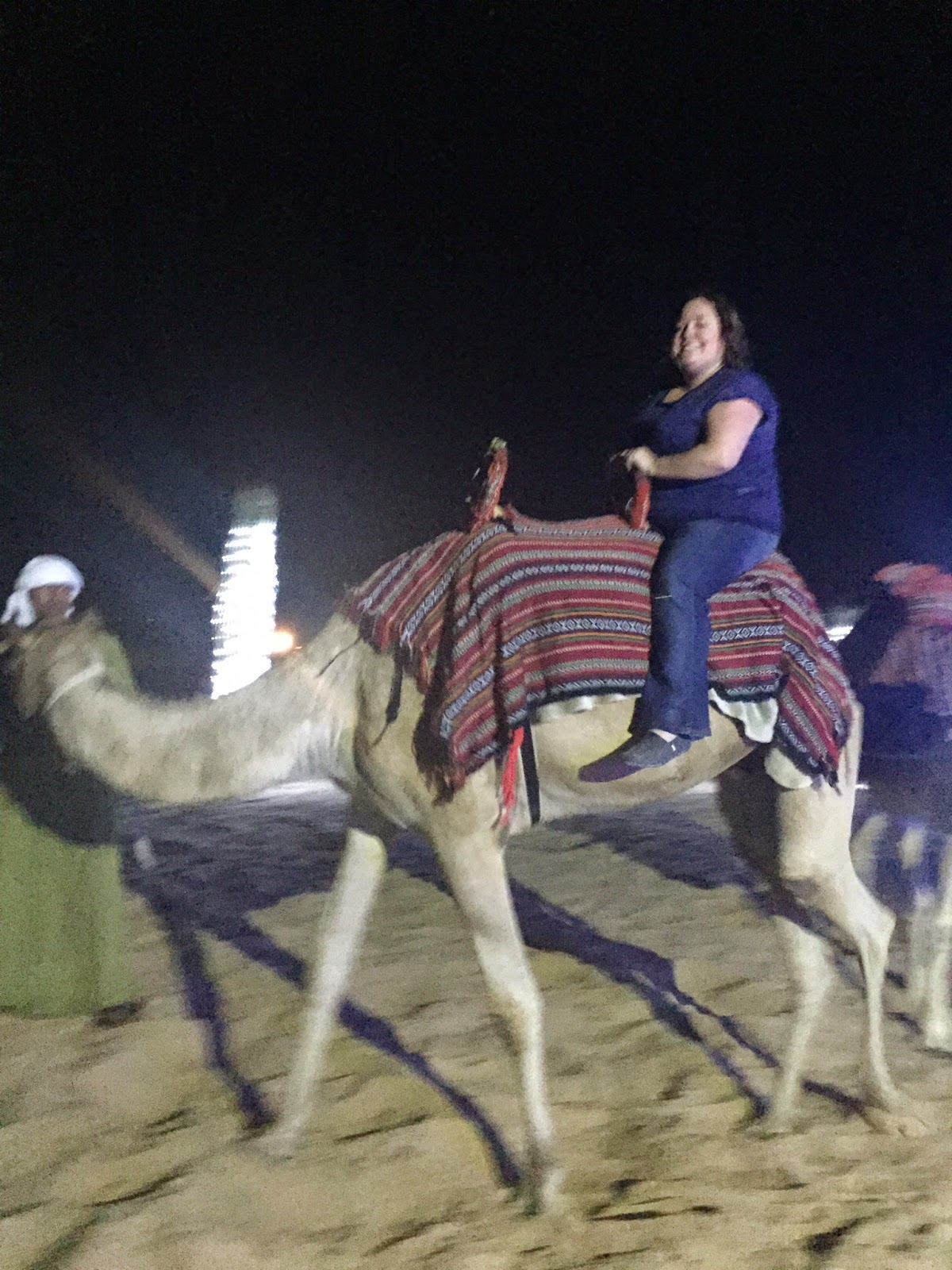 At the beginning of January I was invited to head out with some fellow expat vice principals and that was the best invite that I have received since arriving here. These ladies have come to be my daily source of help, support, and many laughs. I also now car pool with one of them and she is by far the funniest person I have ever met. She hails from Ireland and uses the F bomb often. I like her. My husband joined me January 8 here in the U.A.E. and that made everything seem so much better. I had been here since November 28th completely on my own and I was ready for a piece of home, especially my husband. He is adjusting well to life in the UAE and he has made a friend with a fellow husband of an AVP that live in our complex. It makes my life much easier since I know that he is not sitting amongst these preverbal 4 wall everyday. Upon his arrival we were able to pick our furniture (thank goodness!!) and get all the final touches for the apartment so it is starting to really feel like home now. We have even been out a few times to a local club - the Saadiyat Beach Club and that has proven to be a great time. We have really began settling into our new life here in Abu Dhabi. We have both found that we are becoming much more active in our lifestyle such as going out, meeting new people, and not staying in as much. It is so much easier here because if we want to have a drink or two we will but we always use the cabs here as the UAE has a zero tolerance for drinking and driving which I completed support. Since I work for the government, I definitely keep myself in check and I am careful of my surroundings when I decide to have a few drinks. I guess I am overly cautious but then again I don't think there really is such a thing.

We've had to do two separate border runs for my husband since his residency visa had to be activated by exiting the country then re-entering. We just made the trip to Oman to complete this and I will be posting specifically on this later this week to add to my previous series of post about Moving to Abu Dhabi. The border run really is easy, but it is also easy to miss steps. Luckily everyone here (and in Oman) is super nice and helpful.

While this isn't everything, it is some of the major highlights. We also bought a car (!!!) but I will do a separate post on that later this week because of those who may want to purchase once they get here. There are a few steps you need to go through so look for that later this week.

It feels good to be back :)